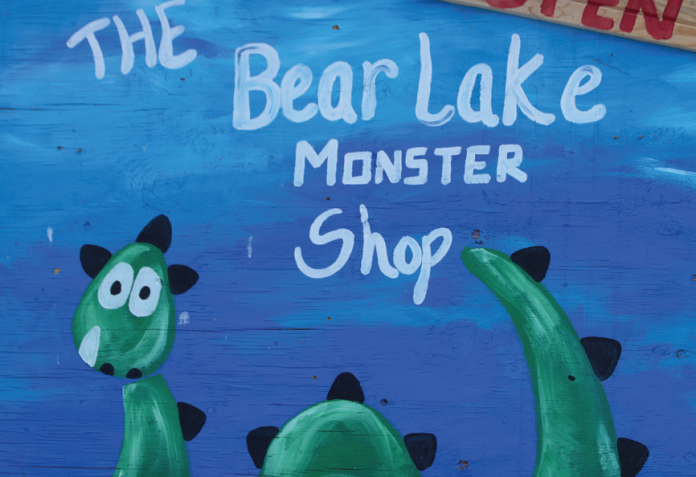 Just two and half hours north of Park City is home of the legendary Bear Lake Monster. The lore dates back generations and has become part of the local culture. Native Americans would say that a serpent king lived in the Lake and carried people away, while pioneer settlers documented extensive sightings and encounters.

During the summer of 1868 numerous Bear Lake residents saw anywhere from one to ten of these creatures swimming in the lake. They would describe the head as serpent shaped, at least 20 feet long with two ﬂippers extending from the upper part of the body. Then in 1907 former President of the Utah Senate, Quil Nebeker reported that “the monster came to his ranch, overturned the pigpen and on the return trip to the lake, ate a stack of hay.” In the late 1970’s, a group of scuba divers spotted something large and reptilian-like underwater. And sightings have continued up through the early 2000’s, when a businessman reported spying the beast.

With so many stories over the years, the Bear Lake Monster has become somewhat of a celebrity. Bear Lake locals will be happy to delight you with tales surrounding “The Monster.”

So, while visiting Bear Lake, embrace the legend! Take the family to purchase “Lake Monster” tee shirts and a pair of binoculars and keep your eyes open for this intriguing creature.

Adventure Get Away Features