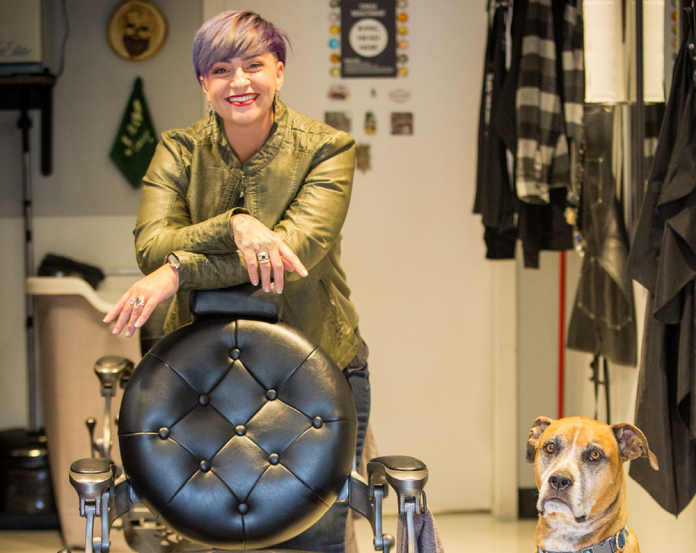 Since opening in 2017, owner Jenna Pinegar has flooded more beards than a ship of bearded pirates, or barbarians, for that matter. No longer are beards making an appearance for ‘no shave November’; men are sporting the facial hair year-round with style thanks to Pinegar. Barbarian Barbering Co specializes in straight razor detailing, and patrons who are unfamiliar with Pinegar come in looking for a male barber at first.

“I feel that people were incredibly welcoming when I initially started the barber business,” Pinegar said. “People were very kind, it is definitely a hustle, but I feel like there is a very strong female business owner community up here, and we work together as much as possible.” 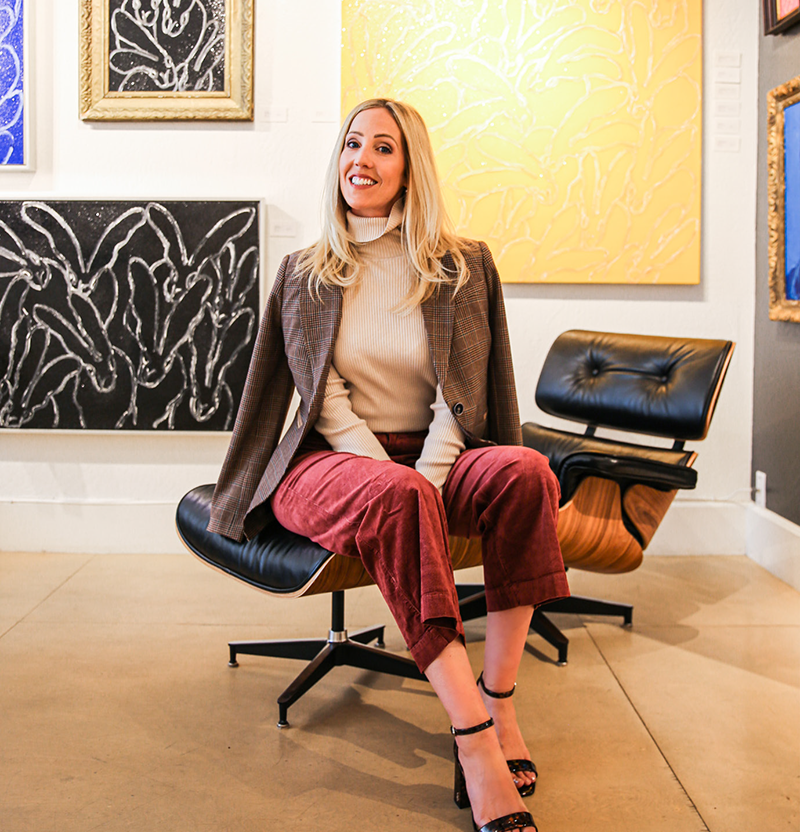 Maren Mullin opened Gallery MAR thirteen years ago on Main Street in Park City. The gallery features both emerging and established artists from all over the country; some artists have been featured for over a decade. A variety of mediums are showcased in the gallery, from glass to ceramic, paintings in oil and acrylic, and resin sculptures.

“Park City is a wonderfully supported community; we have a great communication between other women business owners and a great sense of belonging; a lot of the more seasoned gallery owners have often served as mentors for some of the others, including myself,” Mullin said. “It is a really nice tradition.” 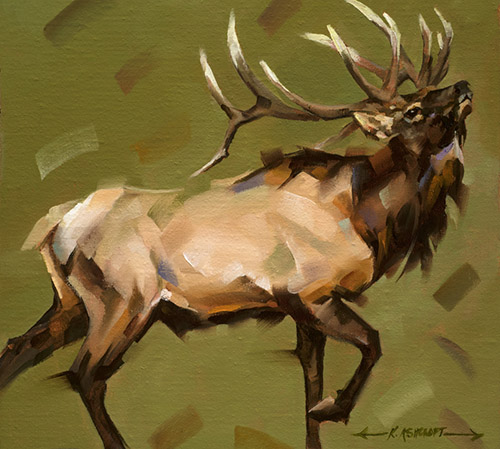 Owner Megan McIntire joined an impressive list of galleries in Park City when she opened her own in 2018. Most of the art she features is modern mountain art. McIntire went to art school at the University of Utah and opened Summit Gallery after further realizing her love for the arts. You will find original paintings and sculptures and some mixed media by local artists and others from coast to coast throughout the gallery. At least fifty percent of the art in the gallery is from women artists.

“Park City is a great place to be a woman business owner; I feel like there is a lot of support and a lot of other really powerful women businesses to lean on when times are hard,” McIntire said. “I feel fortunate to be part of a community that celebrates women.” 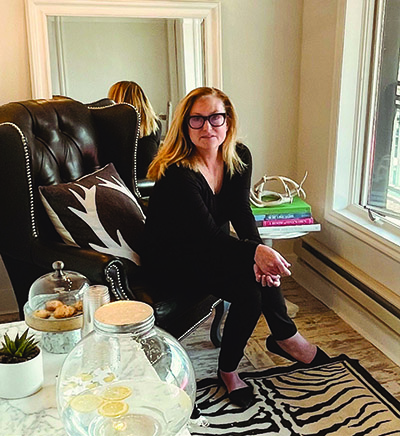 Shana Ominsky, founder of Alpen+Hyde is a seasoned Executive Spa Director having worked in the industry for over 20 years. Some of the properties that she was appointed as the Executive Spa Director include Th e Peninsula Hotel in New York, rated during her time “number one spa in the world” by FORBES and the Claremont Resort and Spa in the Bay Area, under her watch, was rated “number one spa in the country by Elle and Vogue Magazine. Most recently she spent eight years as an Executive Spa Director at a fi ve star property in Deer Valley. Shana resides in Park City with her husband and her two golden retrievers. In her free time, she likes to hike, ski and go to hot yoga. She is excited to commence a level of service not expected of a small boutique spa in the heart of historical main street.

“The ability to accept your imperfections, your mistakes and identifying your strengths is a gift. Those that do not assist you in the world when your intentions are great and meaningful, should never be your obstacles. Forget the forces in your life that can make you feel otherwise.” 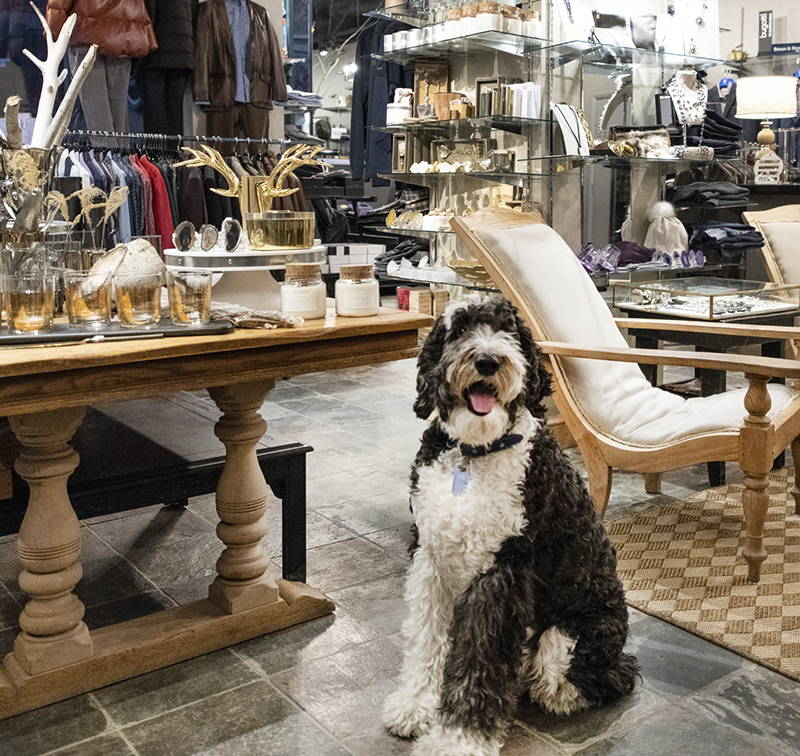 Grace Clothiers boutique was opened seven years ago by owner Laura Montecot. Originally from Peru, Montecot moved to Park City twenty-five years ago and opened Grace Clothier after working in the fashion industry previously, learning how to buy clothing for stores along the way. Grace Clothier carries European clothing lines and many classic American brands and staples, like cashmere. Custom jewelry is a top seller, as are unique and rough-cut diamonds and other gems. The men’s clothing selections are also top-rated as new trends are constantly coming into the store.

“I love the challenges of being a woman business owner in Park City, especially this past year,” Montecot stated. “My employees are also women, and they are counting on me to make it in this business, so I have extra motivation to work hard. I love what I do.”

What Made You Choose Park City? – Women Owned Businesses

THE TREND THAT NEVER GOES OUT OF STYLE Fashion, like history, has a way of repeating itself. The chunky sneakers and “mom jeans” that were...
Shopping-Lifestyle-Trends

MADE IN PARK CITY SHOWCASES THEIR LOCAL JEWELRY DESIGNERS Winter is the perfect time to brighten up your wardrobe with a piece of jewelry. Fortunately...
X