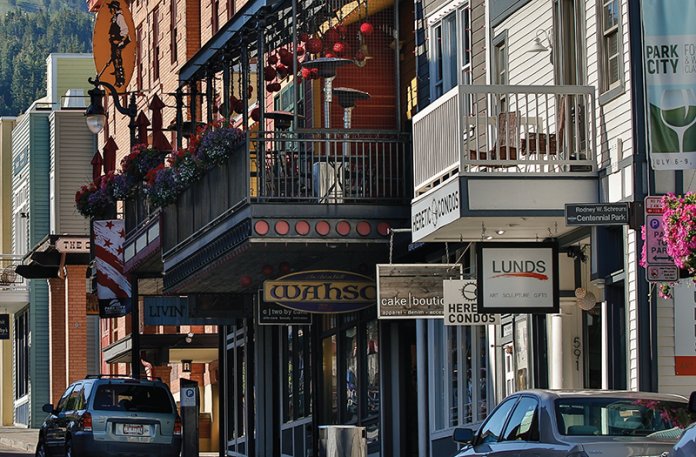 GO TO PLACES WITH THE MOST HISTORY

‘Go to places with the most history.’ is my short answer when people ask me where to visit in Europe. Cities like Paris, Rome and Prague have retained their ancient architecture where many weren’t so fortunate, and they’re some of the most beautiful and awe-inspiring places in the world to experience. The draw is their unique architecture, their stories that survive across generations and their palpable history; the kind of history you can see and touch.

Which brings me to Park City, a town that wholly treasures its past, delighting travelers who come here to ski, be merry, and step back a little in time. From the old jail in the basement of the Park City Museum to the eclectic buildings that line Main Street, history is alive and well here. Dalton Gackle is the museum’s Research Coordinator and what he can’t tell you off the top of his head about all these buildings, he’ll find out for you. We spoke about some of Park City’s better-known buildings on Historic Main Street. 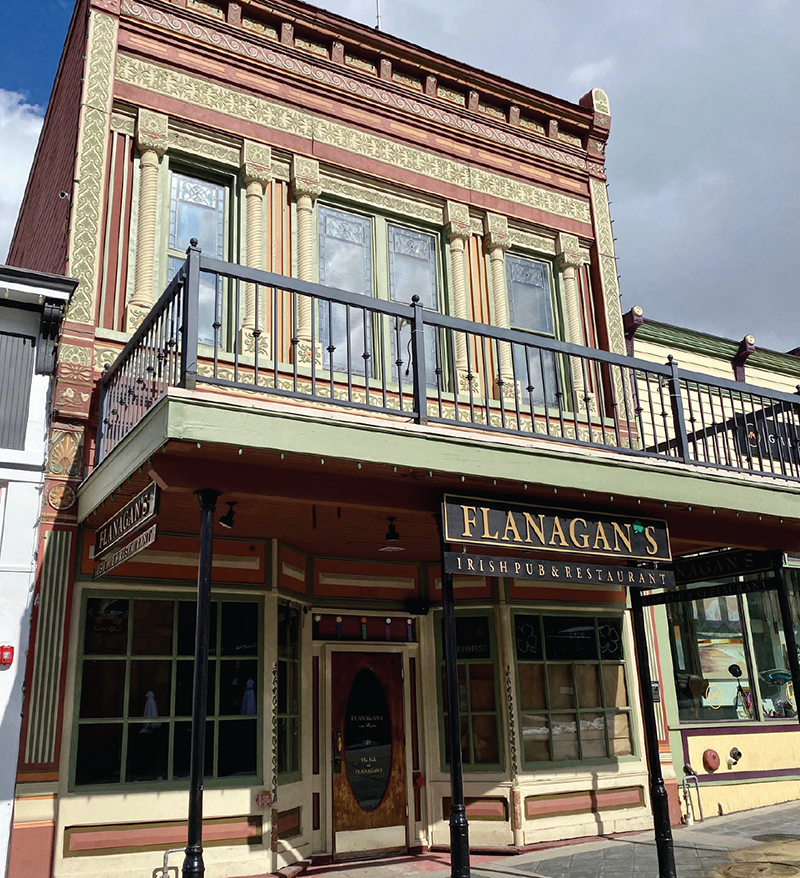 Flanagan’s Irish Pub was once a funeral parlor combined with a furniture store, Dalton tells me. ‘When the building was rebuilt after the Great Fire of 1898, they ordered a metal façade from George L. Mesker & Company. Th is was not common in Park City, and as such, the façade is a little fancier than most other buildings on Main Street. It’s been voted as the most beautiful building in Park City many times.’

One of the town’s most authentic looking bars, with its mission style frontage, is The No Name Saloon—America’s Last Authentic Miner’s Organization; its name extension paying homage to the bar’s colorful ownership history. Th e owners recently renovated the building next door to them, opening a family-friendly restaurant on the lower level, called Annex Family Restaurant and expanded capacity for the existing bar on the upper level. While they certainly moved some things around inside to accommodate their expanded operation, including the removal of the center staircase in order to separate the first and second floors, they have lovingly retained many of the building’s historical features. Most notably, the Annex ceiling features wooden rafters on one half and shiny gold stamped cladding on the other, clearly showing that it was once two totally separate buildings. Matt Sullivan, one of No Name’s Managers, points to a cutout on the back wall of the bar. ‘In the old days, when this was Th e Club, they made the food for The Alamo, and they’d pass it through that hole,’ he explains. 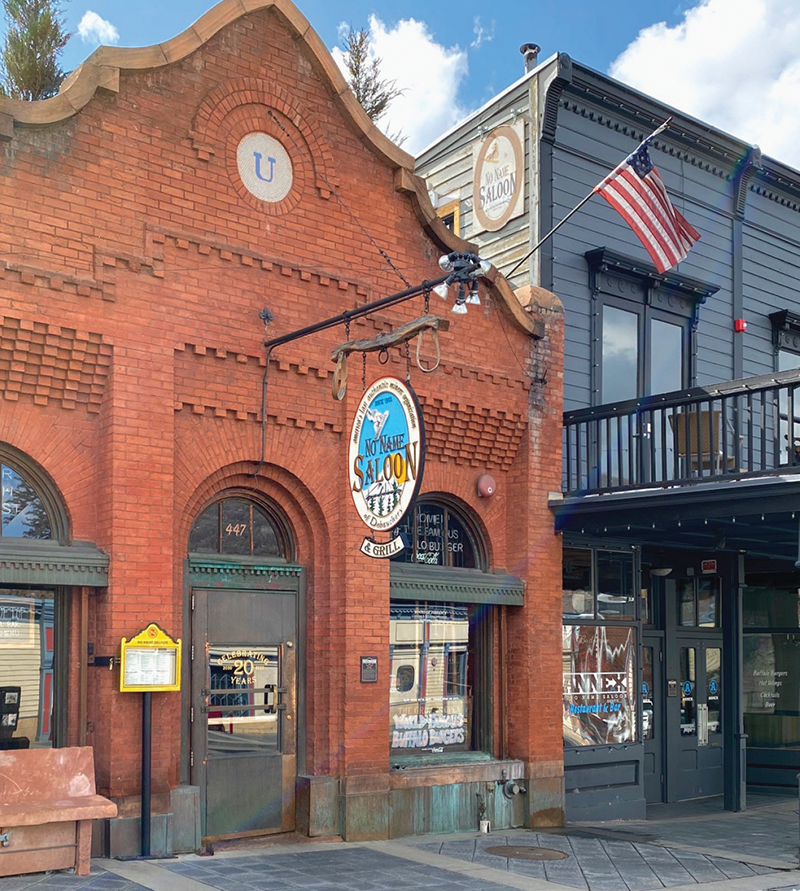 The Club was a two-story bar through the late 1900s and before that a millinery, a barbershop and once a soda shop that sold questionable beverages during Prohibition. As if the building didn’t have enough of its own history, more was brought in from out of state to finish up renovations on the second floor. The sloping wooden ceiling of The Loft was fashioned from one-hundred-year-old subfl ooring from a long closed down JC Penny store, in Downey, Idaho. The colorful planks on the northwest wall were the actual flooring from the store.

Time marches on they say, and Park City is no exception. Thankfully though—the good folks of this town continue to guard our city’s heritage, keeping us from losing what we would never get back. The next time you’re in town take a moment to look up and look around, because history happened right where you’re standing, back when hitching posts were aplenty and the law wasn’t.

THE LEAVITT RANCH IS BUILT ON FAMILY TRADITION AND UNITY It’s a crisp, spring morning in Oakley. The sun is rising over the rolling mountains...
Home + Mountain Life