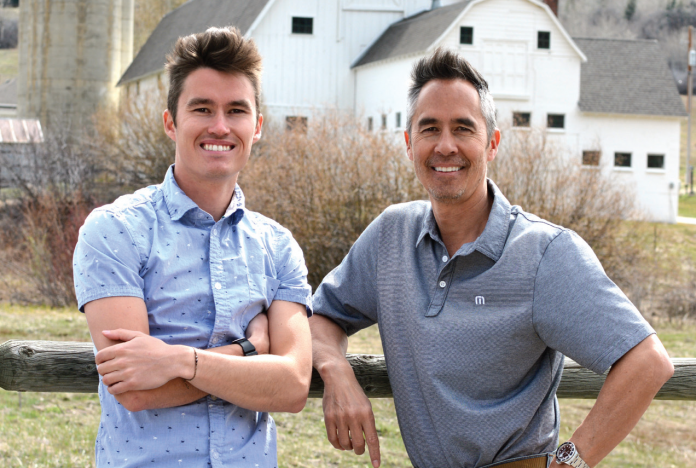 If you’re a Park City local, you probably know Paul Tan. Since moving here with his family in 2003, Paul has been a ﬁnancial advisor, served on nonproﬁt boards, volunteers for countless local causes, plays on multiple sports leagues, skis, bikes, lives in old town, and does a lot of the things that true locals do.

“How can you not love it here, it’s an adult playground,” Paul will tell you between incredibly competitive ping pong games at the MARC with friends.

When Paul and his wife Peg moved to town in 2003, they quickly became immersed in the local scene. Paul had always worked in the ﬁnancial industry as a ﬁnancial advisor and decided to move his business to the mountains. Peg is equally as active and runs her own mental health therapy practice that is also located in town.

In 2003, their son Cole was eight years old and looking forward to growing up in a ski town with his younger sister Sam. Since then, Cole graduated from the University of Utah’s business school and worked for Goldman Sachs for two years before doing something that Paul and Cole had talked about since he’s been 12 years old, joining the ﬁnancial advising business as father and son. Park City Wealth Management was formed in 2014 when Paul left a local brokerage ﬁrm to start his own ﬁrm. “Most advisors want to have the control and ﬂexibility of working for themselves,” Paul will tell you as he manages his busy schedule. “Our ﬁnancial practice is very personalized,” Paul says, “low client count leads to more personalized service that is very speciﬁc and customized to each investor.”

“Our motto ﬁts the mountain lifestyle,” Paul says, “worry less so you can live more.”

Mental Health is Part of Our Nature – CONNECT Summit County

JENN LEWIS IS RENOVATING SPACES AND HEARTS First and foremost, Jenn Lewis is a humanitarian. She explains, “My compassion, empathy, and loving kindness came from...
Home + Mountain Life