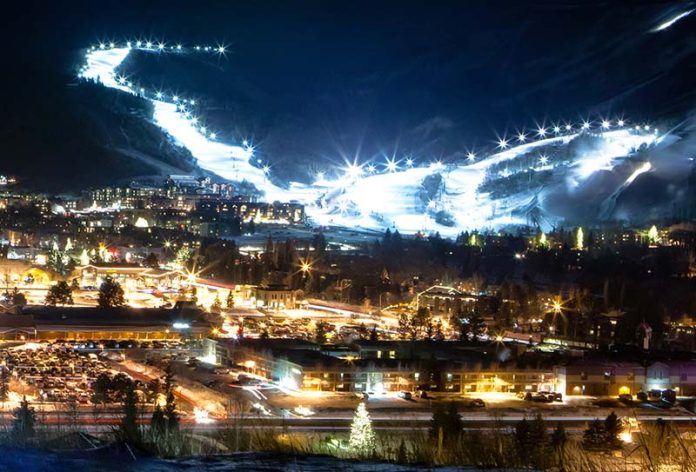 With his characteristic warm and welcoming demeanor, former three-term mayor of Park City, Dana Williams, recalls the illustrious beginning of his family in Utah, “It all started with a John Wayne movie in 1964.” Living in West Los Angeles, his father befriended some movie extras who were ex-silver miners from Park City. After the movie ﬁlming, they invited him to stop by and see their gorgeous little ghost town then supporting about 700 residents. “Four hours after his arrival, he placed a call to my mother in California asking her to throw the kids in the van and head over,” explains Williams. And the rest is a beautiful history that helped shape what Park City is today.

Looking back, it’s easy to see how Williams’ depth of life experiences enabled his career success as a mayor, farmer, conservation agent for Summit County, small business owner, realtor and even more importantly to him, as a protector of the Park City he grew up loving.

After going away for college at California Polytechnic, Williams returned to Park City where he began to apply the scientific and environmental principles he learned as a horticulture major to his farming methods and yielded spectacular results. He still states one of his proudest accomplishments as his recognition as Farmer of the Year in 1986. Somehow around that same busy period, he helped run a successful bar on Main Street, got married to his wife of now 37 years and had two beautiful children.

His experience would later include time as a realtor starting in 1990. Williams’ future political expertise came into view when he became the leader of the development watchdog organization, Citizens Allied for Responsible Growth (CARG) in the 1990s. Luckily for Park City, his strong beliefs in the value of getting people involved in local government and protecting their treasured natural environment only continued to grow. Then in 1999, Williams was named “Citizen of the Year” for Park City! Williams worked tirelessly to help citizens keep their rights to challenge planning-related decisions and develop land trusts ultimately keeping thousands of acres around Park City protected and free of development.

First taking office as mayor just weeks before the Olympics, Williams helped guide Park City through the explosion of excitement surrounding the Games, the post-Games surge of development, a recession, then an extraordinary economic recovery and so much more during an extremely eventful three terms. Though he has seen a great deal of change in his favorite place on Earth since 1964, he remains as devoted as ever. He doesn’t even disparage the change in traffic saying, “We’re lucky to have so many driving in to keep our economy on track. We couldn’t do it without them.” His best traffic remedy: “Put on the long version of L.A. Woman by the Doors and you’ll be there in no time, most likely before the song even ends.”

And we cannot forget that among his numerous talents, Williams is also an actual rock star. He spent more than 25 years as the guitarist for Motherlode Canyon Band playing large and small venues including clubs, concerts, festivals, and fundraisers before forming his newest band, Silver King Rocking Band. His most recent gigs include Mountain Town Music’s Door to Door Tour. Donating his time to be part of the nonprofit effort to continue providing live music in a safe way during COVID, he became part of a program to bring free music to the doorsteps of the Park City community, performing in cul-de-sacs, streets, backyards or wherever possible.

Best drinks with live music: “Gotta love Boneyard in Prospector” (Also where he rocks the house with his band every summer.)

Best coffee: “The Daily Rise inside Fresh Market where I catch up on the daily neighborhood scoop.”

Favorite hikes: “Around my neighborhood in Prospector (where you’ll ﬁ nd him relishing long chats with his neighbors), the Rail Trail, Armstrong Trail.”

Favorite place to hang out and relax: Sounds like song lyrics to me, but couldn’t be truer or more believable, Williams reports—”My front porch in Prospector”

Adventures at Talisker Club Since Park City’s first ski resort opened its slopes almost 60 years ago, the area has grown in both size and...
Home + Mountain Life