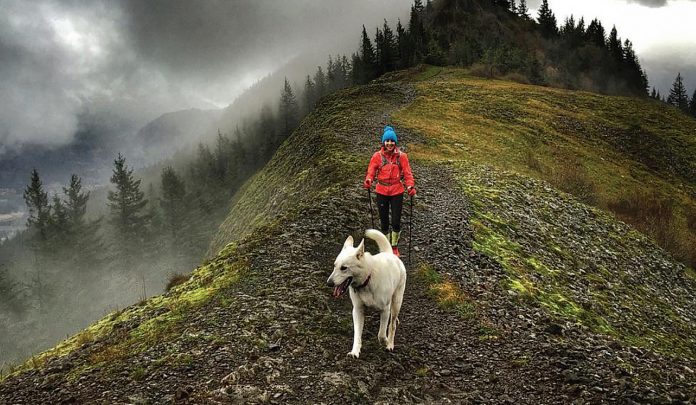 When Beyoncé first belted out her hit song and asked, “Who run the world?” Then answered the question with, “Girls!” She probably did not have Park City resident Jax Mariash in mind. But she certainly could have.

Jax is an elite ultra-runner, who just happened to set a world record as the first woman ever to complete the 4 Deserts Grand Slam Plus, a series of no-joke ultra-running races on four different continents in a calendar year. There’s also a fifth Roving Race added in, because someone decided four ultramarathons weren’t enough.

In each event, runners must carry all of their own equipment and food across 155 miles of inhospitable terrain—covering some of the driest, hottest, coldest and windiest places the planet. The series comprises the Atacama Crossing in Chile, the Gobi March in China, the Sahara Race in Egypt, and The Last Desert in Antarctica. The Roving Race changes locations each year, but the course isn’t any easier or shorter.

Jax didn’t just finish the 4 Deserts Grand Slam Plus, a remarkable feat on its own, she was also crowned the event’s Female World Champion. Other accolades include a sixth-place finish in the 155-mile Marathon des Sables in the Sahara Desert—another unsupported race. She ran in honor of the LymeLight Foundation and raised close to $18,000 for the organization. Then, in September, she took the top spot on the podium in the Grand to Grand Ultra, a grueling 171 miles that takes runners from the North Rim of the Grand Canyon, to a finish on the summit of the Grand Staircase.

“The Grand to Grand Ultra was an exceptional self-supported stage race,” Jax said. “It offered an opportunity to dig farther in my grit than ever before in a stage race. I gave this race everything that I had. Finishing as the lead woman was a dream come true aft er a trying season.”

By this point, most readers must be asking themselves, “How does she do this?”

While the answer isn’t exact, it’s a fair bet caffeine is involved. In addition to a full-time training schedule, Jax is also a full-time business owner—Stoked Roasters located at 268 Main Street is her coffee shop.

A place that will undoubtedly help fuel her next quests—the 140-mile Ice Ultra in Sweden, followed by the 320-mile Track ultramarathon in Australia in May.

MADE IN PARK CITY SHOWCASES THEIR LOCAL JEWELRY DESIGNERS Winter is the perfect time to brighten up your wardrobe with a piece of jewelry. Fortunately...

COWBOY CHIC - THE WESTERN SPIRIT - Park City Western Outfitters The Western experience is more than just a place, it is a state of...
Shopping-Lifestyle-Trends

GET OUT & ABOUT - PARK CITY IN BLOOM - Park City Local Shops The wildflowers are blooming on recently thawed peaks, the aspens now...
X