Susan Swartz Studios is pleased to announce the upcoming dedication of Swartz’s latest commission, Zion’s Glow, a 72×72” acrylic on linen painting. Commissioned by Zions Bank, this large-scale painting is a gift to Zion National Park in honor of its Centennial year. The official presentation will take place on Saturday, August 31st during a VIP dinner for guests of the Zion National Park Forever celebration. Guests of the VIP dinner will each receive a gift of Swartz’s award-winning book Natural Revelations. The evening will culminate with a benefit concert featuring legendary musician Sting with the Utah Symphony – together promoting stewardship for the park and celebrating its profound impacts.

A. Scott Anderson, President and CEO of Zions Bank, will present the painting with co-host Kem C. Gardner, Chairman of the Gardner Company. Anderson remarked, “It is only fitting on the 100th anniversary of Zion National Park, to commemorate the event for the eternities with the presentation of Susan Swartz’s Zion’s Glow painting to Zion Park. Susan is one of the world’s greatest painters, whose command of color and light and space has captured the very soul of this magnificent Park and the beauty and the magnificence of God’s creation. This painting, to hang in the Park, will inspire future visitors for its next 100 years.”

The August 31st event is both a celebration of Zion’s Centennial and part of a campaign to promote stewardship of the Park for the next century and beyond. With over 4.3 million visitors each year, Zion National Park is threatened by the impacts of visitation. The Zion Forever Project is an effort to build a new model for stewardship by encouraging all visitors to be “Keepers of the Sanctuary”. As an official nonprofit partner of Zion National Park, the project transforms visitors into more conscious stewards and builds support to preserve the monumental landscape – a source of inspiration for Swartz and countless other artists for future generations.

Susan Swartz is a painter, environmental activist, and documentary film producer. Swartz’s paintings have been featured in major solo exhibitions at the Central Academy of Fine Arts (CAFA) in Beijing; the Manetti Shrem Museum at UD Davis in California; the Russian State Museum – Marble Palace in St. Petersburg; the Ludwig Museum in Budapest; the Ludwig Museum in Koblenz; Kollengienkirche in Salzburg; the National Museum of Women in the Arts in Washington, DC; the Utah Museum of Fine Arts in Salt Lake City; and the Springville Museum in Springville, Utah.

Her work is featured in numerous museum, US embassies, private and corporate collections around the world. Swartz paints from studios in Park City and Martha’s Vineyard. Her work is available at Susan Swartz Studios (260 Main Street in Park City, UT) and online at susanswartz.com. 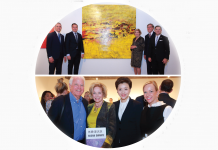 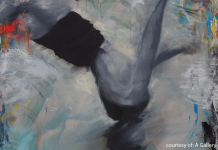 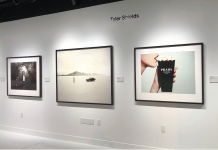 Multicultural Music Film Festival Midway From January 25th through February 1st our local area will host a music and film festival. No, I’m not talking...

Self-Care and Pampering Around Park City

The Making of a Modern Mountain Man – Jack Carr

Shred for Red – Patients and Olympians Team Up To Shred...

Celebrate our 1st Anniversary at "The Rock" Friday, December 27th, 2019 6-9pm We couldn't be happier with our move up the street! J GO Gallery...