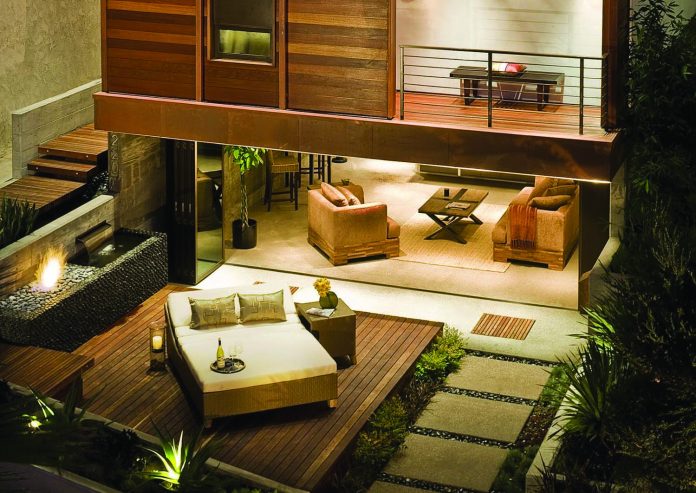 The structural build of a house can be quite simple—a plot of land that has a frame, rooms sectioned out, windows and walls and doors, a roof and all the details that give it its flair. However, not all homes are as simple as that.

“I like to think of my building as a home growing out of the earth instead of being put on the earth,” said Steve Lazar, owner and CEO of Luxe Modern Mountain Homes. “It has an anchor so it looks more organic and less factory-built. I like to implement quadrants of a home through thoughtful design. We certainly think outside the box.”

While many architects stick to the practicality of the structure of the house, Lazar works through thoughtful design, an approach of thinking beyond the tangible of the house, toward the usefulness and future access of the home. When building, he considers privacy, comfort, guest use, how a home will serve you and more, giving the homeowner a unique and personalized oasis to call their own.

Lazar builds houses with broad artistic direction and free reign on the architectural design. Starting in Southern California with the Lifeguard Tower in the South Bay, then building throughout the state, Lazar has made a recognizable style for himself that he is now bringing to the mountains. Drive through the Deer Vista Community, and you will see exactly what he is about.

“My goal is to make this model home in Park City to give the community an introduction to what we do,” Lazar said. “Then I can spend the next 10 or so years continuing to work here and ultimately retire in Park City.”

What does this home entail? Nothing short of Lazar’s best elements. By splitting the home into what he calls quadrants, each wing has its own entryway allowing for complete privacy no matter how many people are in the building. 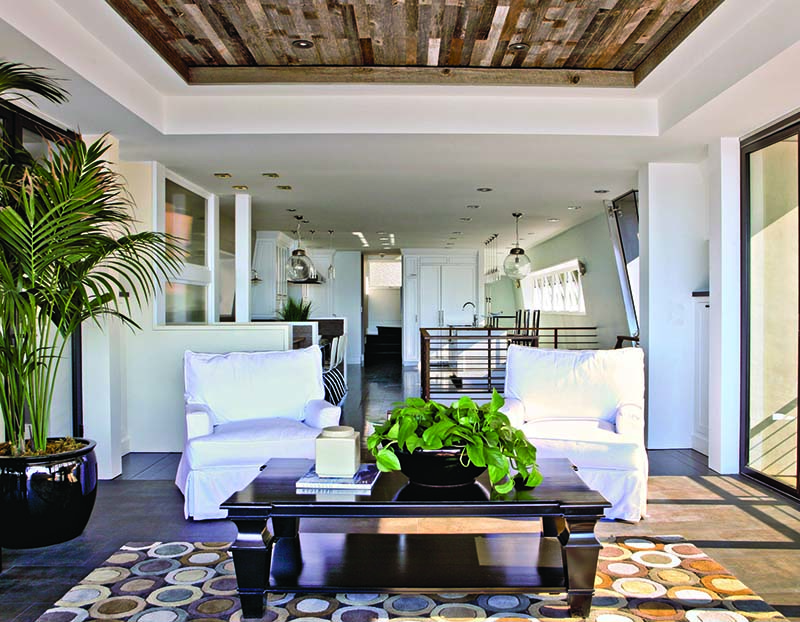 “Guests are in their own space, separated by a bridge with foliage and exterior windows to give them a feeling of walking into their own front door while still being in the house,” Lazar said. “All quadrants are separate, yet at the same time remaining open and private. It’s almost like the house is a community of its own with little towns here and there.”

This type of build attracts homeowners who want to have a home that is original, and personally made for them. The idea for his style stemmed from Lazar’s own renovations on his personal homes. After multiple makeovers, Lazar realized it was what he wanted to do—continue tearing down homes and making them serve the residents. And once he became known for what he was doing, the rest is history.

“When I bought my very first house, the day after escrow closed, I had my tool box out to make the house right,” Lazar said. “I created a knack for what I did because it’s outside the box but also tempered. I believe less is more, not any one item has to scream look at me. The whole house is an ensemble of elements that work together.”

For those interested in working with Lazar, you can expect an 18-month process before your home is ready to go. Collaborating alongside his wife and contractors, Lazar strives to be ahead of the curve and cutting edge not only through his final product but also through his management style. He works hands-on with the client, the team and everyone in between. Lazar emphasizes bottom-up morale building and close relationships with clients to achieve success. “Our builds go beyond the day-to-day use,” he said. “We’re thinking of what the house will mean to you today, tomorrow and beyond.”

FIND YOUR ESCAPE AT RED LEDGES Years ago, Joyce Jordan, rodeo queen, and her husband Tony Burns, settled in the Heber Valley of Utah and,...
Home + Mountain Life