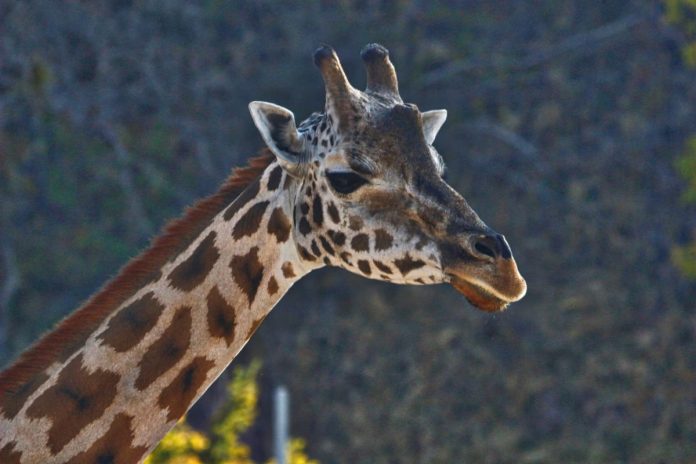 Salt Lake City, UT (Jan. 9, 2020) – Utah’s Hogle Zoo is heartbroken by the quick and untimely death of beloved giraffe, Pogo. And, along with Pogo, her unborn calf.

Pogo’s rapid decline caught keepers and veterinarians by surprise and is a perfect example of the difficult nature of caring for animals whose instinct is to hide all symptoms.

Pogo was in late-term pregnancy but not due for another five months. The Zoo would not be able to save the calf.

The 17 year-old Rothschild giraffe showed no signs of illness until Sunday afternoon. Monday morning, Pogo’s condition was not improving and by that afternoon, while veterinarians were in the barn to administer medications, Pogo succumbed to her illness.

Keepers noted a subdued demeanor in Pogo on Sunday afternoon. “Her behavior was just off. She wasn’t eating like normal she didn’t want to interact with keepers. We were keeping a close eye on her.” Farr noted that when animals have an upset stomach it often resolves on its own after a day or so.

Pogo’s keepers put veterinarians and nightwatch employees on alert throughout Sunday evening as with Pogo’s advanced pregnancy, keepers and veterinarians worried Pogo might be preparing for an early delivery or stillbirth.

The necropsy would show that Pogo was pregnant with a male calf, in perfect condition but simply not big enough to attempt saving. “At 48 pounds, there would have been no way to save him as he was only 1/3 of a proper birth weight,” said Dr. Nancy Carpenter, Director of Animal Health. “Initial results do not indicate that the problems were related to the pregnancy. Her calf was getting big and sometimes they stick their feet places and cause issues. We did take extra cultures and we will run tests to try to figure that out.”

“We’re going to look into everything to see what might have caused such an acute decline,” she said.

“Pogo was a wonderful giraffe, a great herd member and quite curious,” said Farr, Pogo’s keeper. “She was very interested in things, even if she didn’t want to take part. She was a wonderful companion to the other giraffes and a perfect mother to her calves.” Pogo had two babies and was ‘auntie’ to another.

“She also loved the cold,” said Farr. “While the other giraffes would hide in the barn, Pogo liked to be outside and feel the cool air.”

Many guests will remember Pogo from feeding her during the summer months and watching her keep a close watch on the young ones on the Savanna.

Pogo will continue to be an ambassador to her marvelous yet threatened species. The Zoo collected adipose (fat) tissue to be used in generating new stem cells for fellow giraffes in need.

The Zoo continues to work in conjunction with AZA and the SSP (Species Survival Plan) to contribute to healthy animal populations in zoos.